Neural networks from scratch in Scala!¶

This PolyNotebook explains how to implement a simple neural network in Scala.

PolyNote is the polyglot notebook from Netflix. Check it out at https://polynote.org/.

The neural net we'll be discussing is part of the supervised domain of machine learning. In supervised learning there is a learning, or training phase, and an inference phase.

In the training phase, a dataloader pushes labeled input in the form of a matrix (input) and a vector (expected outcome) to the model, where the multiplications and activations ensue. The dataloader is responsible for transforming the semantic units of both input (a picture of a cat) and output (the label 'cat') into resp. a matrix and a vector of numbers. Data is usually loaded in multiples (eg. 64 images, together with their labels). These multiples are called minibatches.

This is repeated on every minibatch of the training data set. A complete processing on the training set in this way is called an epoch. The model is trained as many epochs as needed, ie. until the loss is sufficiently low, and the accuracy (or another metric) is satisfactory. The validation set is a special part of the training set, that was set aside beforehand. It is not used as input for the training, but only to assess how well or how bad we are doing on data the model has never seen before. The loss and accuracy metrics are also computed on the validation set, and these are an important source for adjusting the hyperparameters of the model, such as the learning rate.

In the inference phase, we use the trained model to make predictions on unseen, unlabeled data. In this phase there is no loss, no backprop, and no optimizer.

In order to build anything similar to the above design, we need a numerical library. Numsca is a library for the Scala programming language, inspired by NumPy, with

The circuit diagram above shows a computation graph which allows to relate the value and gradient of the variables to the functions that produced them. In order to achieve this we will make 2 constructs that are defined in terms of each other:

Activation functions are element-wise functions that introduce a non-linearity in the network. RELU is the most commonly used activation. In the forward pass, it simply sets all negative values in a tensor equal to zero. In the backward pass, it routes the gradient to the input higher than 0.

A module is a wrapper around a set of Variables, here called parameters because they constitute the layers of a network.  When layers are stacked on top of each other, the encompassing module allows to dynamically pull up the parameters of its layers. This can be done by calling the parameters method. In the same way the gradients of all the layers can be pulled up through method gradients. The zeroGrad method allows to set all gradients of the parameters equal to 0. The Module behaves like a Function through the abstract methods forward() and apply().

Applies a linear transformation (dot product) to its input.

The task of an Optimizer is to nudge the parameters into the direction of the expected outcome of the model. At each step (epoch) it will be called to perform a function on the parameters, using their gradients, in order to achieve this. The Optimizer also provides a method to reset the gradients to 0, which should be called after each update of the parameters.

SGD is a type of Optimizer, that implements a simple yet very efficient approach to discriminative learning of a linear classifier. It subtracts a fraction of the gradient of a parameter from the parameter itself. This fraction is called the learning rate.

The loss function quantifies our unhappiness with the score of the network. It measures the error between the predicted and the expected value. Intuitively, the loss will be high if we’re doing a poor job of classifying the training data, and it will be low if we’re doing well.

The goal of the network is to find parameters that minimize the loss over all samples.

For a classification task, SoftMax Loss is often used used. It is a combination of a Softmax activation and a Cross Entropy Loss function. Usually they are combined into one function.

This dataloader reads the Fashion MNIST dataset from Zalando: https://github.com/zalandoresearch/fashion-mnist. The dataset in CSV format can be downloaded from Kaggle : https://www.kaggle.com/zalando-research/fashionmnist. In the cell below, I have defined a variable baseFolder which points to the download folder. Note that I also assume that the files have been gzipped.

Each line in the file represents an image and its label. There are 10 classes: t-shirt, trousers, pullover, dress, coat, sandal, shirt, sneaker, bag and ankle boot. It is a dataset with 60K training images and 10K validation images. 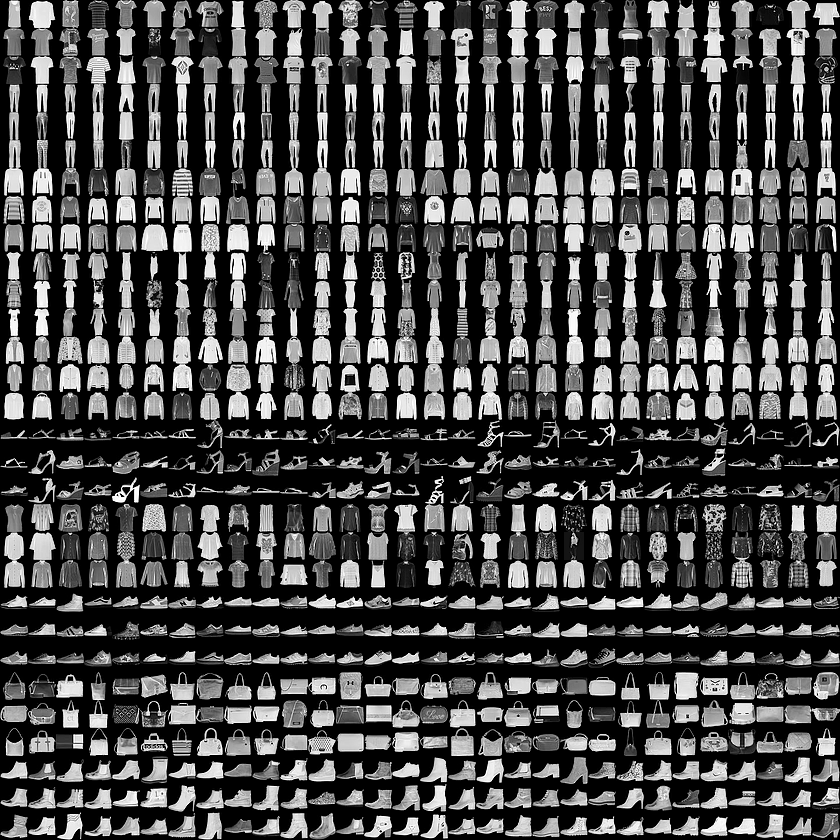 Each image consists of 28x28 grayscale pixels. The values of the pixels in the files are all integers between 0 and 255. 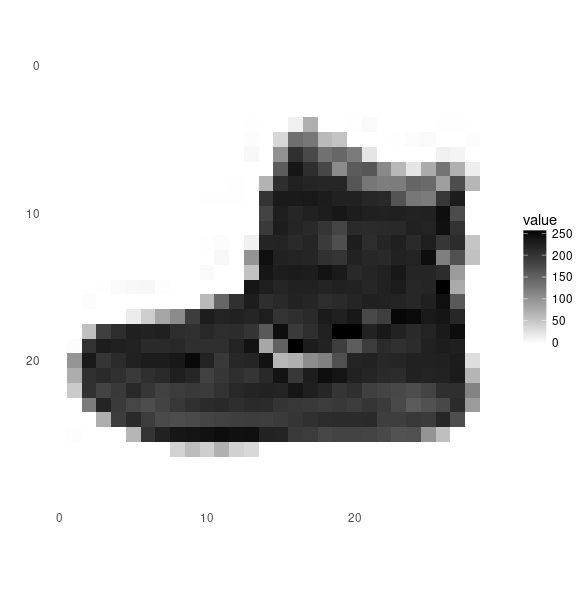 The dataloader turns the values into floats between 0 and 1 by dividing the values for the pixels by 255.0. It also applies zero centering: subtract the mean across every individual feature in the data. The geometric interpretation for this is to center the data around the origin along every dimension. 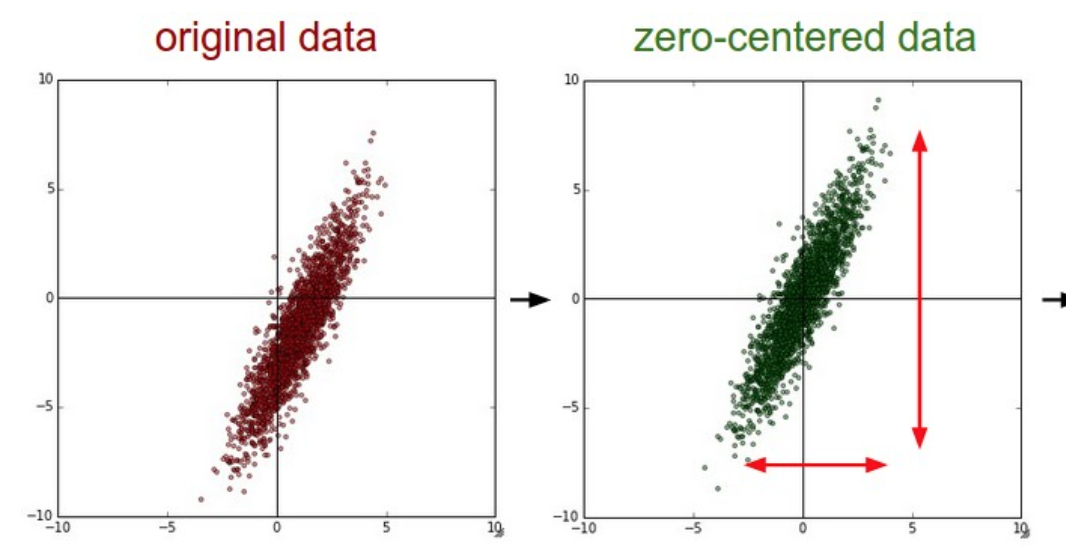 Caveat: when zero-centering test data, the mean of the training data must be subtracted from the test data.

After each epoch we want to evaluate the model, so that we can follow how good or how bad it is doing.

Convenience class around the learning process. You provide it with the training datasets, the model layout to train, an optimizer, a loss function, and an evaluator.

The class provides a fit method, that will train the model for the required number of epochs.

For  a given epoch, the fit method will loop through all the minibatches of the training set, and for each minibatch will perform the following operations:

The model is evaluated after each epoch.

The instantiation of the dataloaders may take some time.

In the next cell we define the layout of our network: 2 linear transformations with a RELU activation in between.

Next, we define the optimizer for the given learning rate, and the number of epochs we want to train the model. Then start the training.

You should not expect state-of-the-art results with this simple network. It just proves that the model can learn.

In the next cells we will make use of a unique feature of polynote, which, as its name suggests, provides the possibility to mix languages in the same notebook, and what is really interesting, to use variables created in one cell in another cell of a different language. We will prepare the Scala variables in the cell below, and then use them for visualization by matplotlib in the following Python cell.