A Note: How Much Difference Does Heterogeneity Make in the Susceptible, Infected, Recovered (or Not) Model?¶

It turns out it makes a significant amount of difference:

There is one initial infection rate $ I_0 $, one recovery rate $ \rho $, one share of the recovered who are dead $ \delta $, and a continuum of gregarious/vulnerable rates $ g_j $. 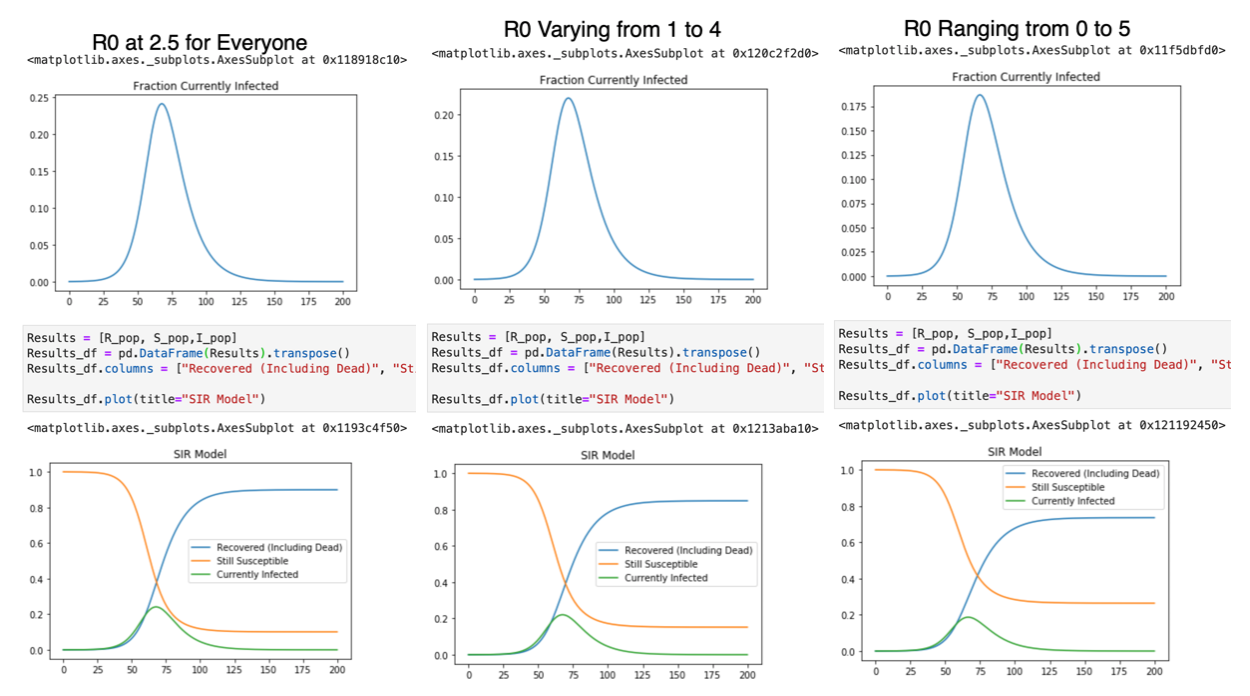 The intuition is clear: By the time half of the population has been infected, an overwhelming number of those with high R_0's have been infected. Thus those who are still susceptible have personal R_0's much lower than the average. In the early stages, however—before any noticeable component of the population has been infected—the course of the epidemic tracks the average R_0 very closely. It is when it begins to fall off the exponential that the differences become apparent: not only are some of those who would be infected by exponential growth now immune (or dead), but those left who could be infected have lower R_0's than the average.