The data was gathered from the Independent National Electoral Commission (INEC) official website.

The Data (in .csv format) used is available for download here. Download it and save it at thesame location with this notebook.

Am going to use these three main python programming packages pandas with matplotlib embedded to analyse the 2015 Presidential Election Result. 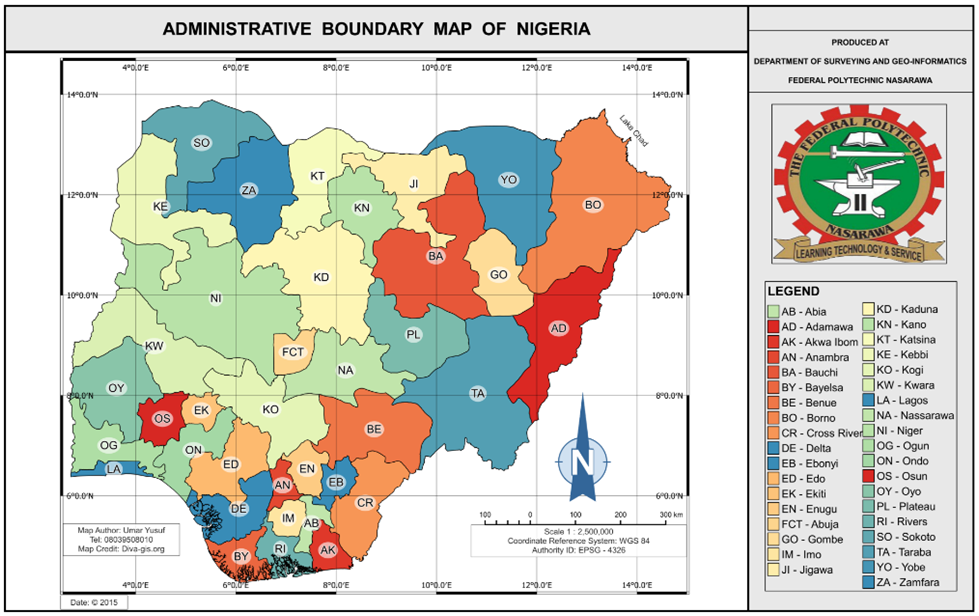 Nigeria has 36 states and 1 federal capital territory. The 2015 presidential election was held in the 37 territories within the country. 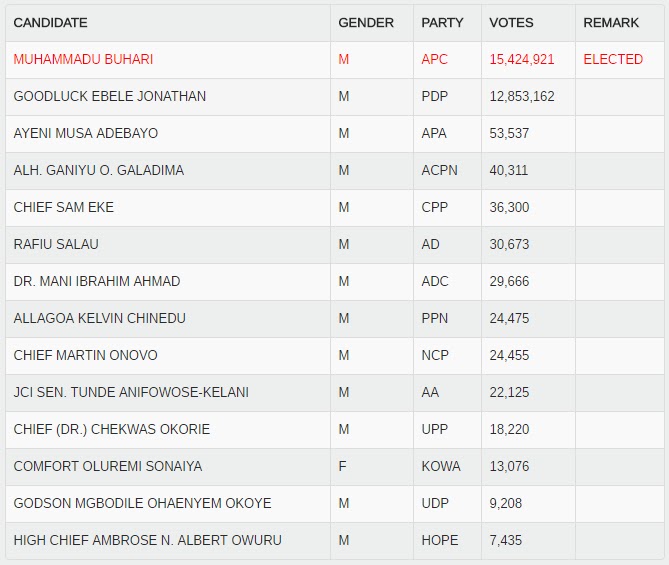 Even though the battle was between the two biggest parties (APC and PDP). The dataset we will explore will contain all the parties.

I will attempt to answer the following questions through this analysis:-¶

a) What are the minimum and maximum votes for each party?
b) Is winning in top states with highest numbers of voters’ turnout, registered voters, total votes cast, and population related to winning the general election?
c) Is there any odd case where "Population" of a state is lower than "Number_of_Registered_Voters" and "Number_of_Accredited_Voters"?
d) Which state voted most for the lowest rank party?

Import libraries and load in the dataset¶

Statistical summary of all the columns¶

This will show us the minimum and maximum votes for each party.

Turnout of Voters for the election¶

Five top states with the highest number of "Total_Votes_Cast"¶

Sum of Votes gotten by each party¶

Visualize the total votes by party¶

As you can see, votes gotten by "APC" and "PDP" far outweighs that of other parties. So lets focus on these two biggest parties...¶

Visualize votes of "APC" and "PDP" by states¶

As seen above, the states that voted most for lowest rank party (HOPE) are Ebonyi, Oyo and Rivers.

You can do more with this dataset, but for me that is it on analysing Nigeria 2015 presidential election result with python.

Next, I will do a spatial analysis on thesame election result dataset with QGIS (http://qgis.org/) and Tableau (http://tableau.com/). Note that there are excellent python packages that supports spatial analysis, namely: GeoPandas, PySAL, Pyshp, Shapely, ArcPy, PyQGIS, Fiona, Rasterio, GDAL/OGR etc