This notebook is based on an assignment given in the course TMA4320 Introduction to Scientific Computation at NTNU in 2017. The assignment was prepared by Alex Hansen, Jon Andreas Støvneng Jonas Blomberg Ghini and Rita Dias. The codes are based on a set of python scripts (see the references) originally developed by Håkon Tormodsen Nygård, later modified by Jonas Blomberg Ghini.

Imagine a polymer which is stuck to a surface. This is of course due to molecular forces. Assume that the polymer components contain electrical charges or dipole moment. Then, using a sufficiently strong electric field we can pull the polymer away from the surface. Water molecules also have dipole moment and one can bend a jet of water from the tap with a comb charged with static electricity. This is the same effect. The goal is to model this disentanglement. If the polymer is bounded to a surface, it means that in regular (or irregular) intervals along the polymer there are functional groups that can form more or less strong bonds to atoms in the surface. This bond can be described by a potential function $E(R)$, which typically looks something like the potential shown in figure 1 (you can read more about it in our notebook on Lennard-Jones Potential). Around equilibrium, the potential is approximately harmonic, $E(R)=E_0 + \frac{1}{2} k(R-R_0)^2$, and one can estimate the force necessary to break the current bond between the surface and polymer. 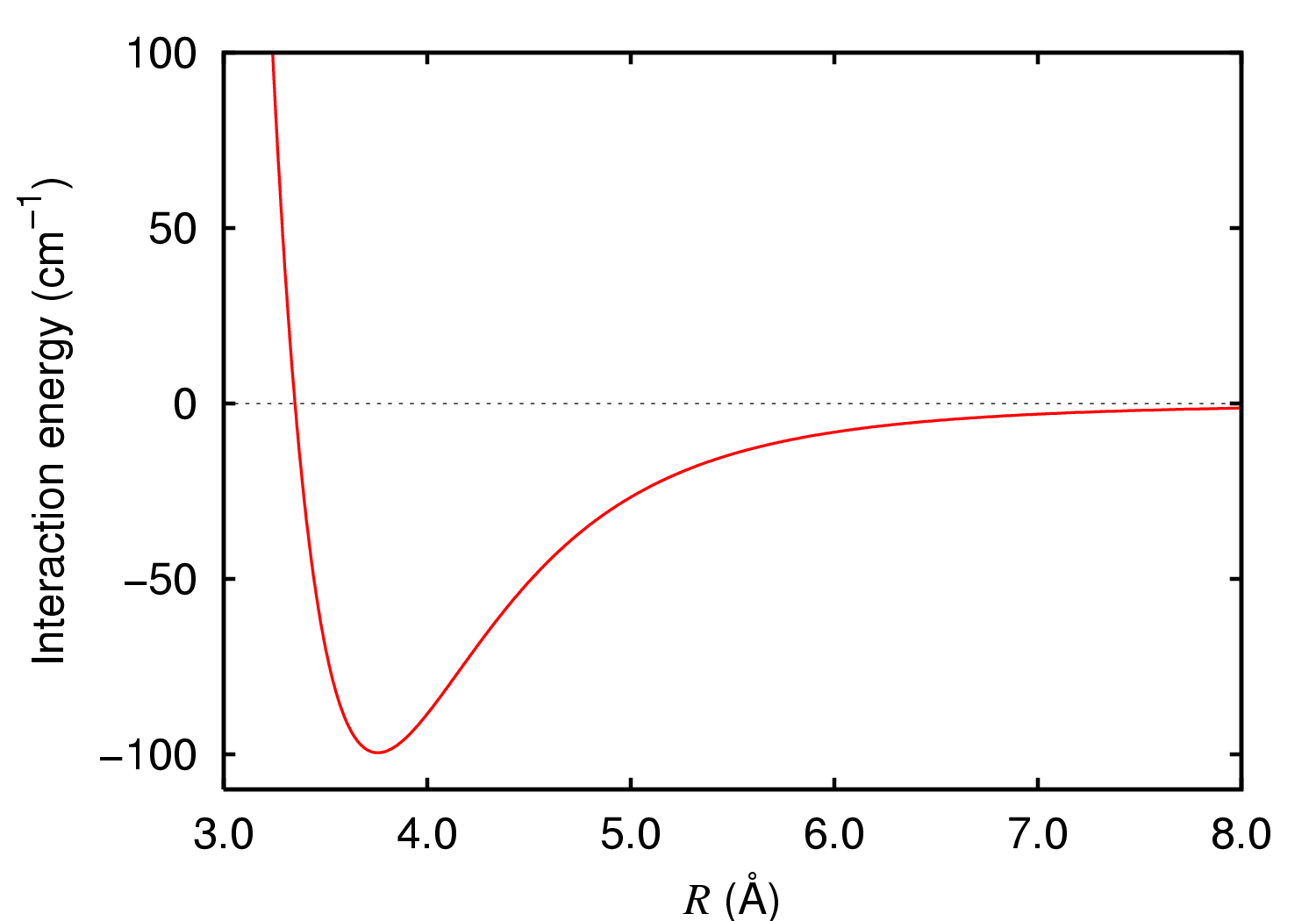 Figure 1. Typical potential describing a chemical bond. Near the minimum, the potential is approximately harmonic.

The problem explained above is completely analogous to a macroscopic cable which is attached to the ceiling with hooks, where the hooks are considered as ideal springs. The cable represents the polymer, the gravitational pull represents the electric field and the springs represents the bonds attaching the polymer to the surface. The cable model provides a classical, macroscopic picture of the problem, which is easier to have intuition about. A gradually increasing electric field, can for example be analogous to a cable with increasing weight due to rusting.

We will describe a variant of the Fiber Bundle Model (see e.g. Ref. [1] for a general intoduction) called The Fiber Bundle Bridge Model, first studied by Nygård [2]. Imagine a cable hanging parallel to the ceiling by a set of equally distanced hooks (Fig. 2). 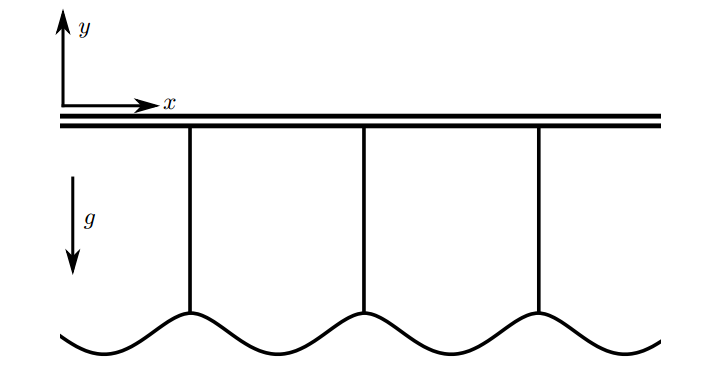 Figure 2. Cable hanging by the ceiling by equally distanced hooks.

Assume that the ends of the cable are welded together, creating a a ring (periodic boundary conditions). Moreover, assume that this ring is "large" (what we mean by large will become apparent later).

We now proceed to describe the cable itself. We introduce a coordinate system with an $x$-direction along the cable and a vertical $y$-axis with $y=0$ at the ceiling (Fig. 2). The cabel may then be described by a function $y(x)$. Assume that the cable has a uniform mass distribution, with mass $\lambda$ per unit length. The force on the cable due to the gravitational pull is then

per unit length. We assume that the cable has a rigidity such that it generates internal forces that oppose bending (both normal stress and shear stress). As long as the bendings are small, the net force per unit length due to stress is given by

As mentioned earlier, we will be welding the ends of the cable together, creating a circle. This circle is assumed to be large enough for this bending force to be neglected.

Each of the hooks is approximated by an ideal spring with a spring constant $\kappa_k$. In other words, the potential is harmonic and the springs follow Hook's law.

The hook will snap as the force is increased. The spring constant can therefore have two different values: $\kappa_k=\kappa>0$ for an intact spring and $\kappa_k=0$ for a snapped spring. We will return to this later.

We will be considering a cable at rest. By Newton's first law, the sum of the forces on the cable must be zero:

By combining all the equations above, we obtain

This is the cable equation and describes the form of the cable $y(x)$.

This equation is easy to solve. It has the solution

By inserting the solution $\eqref{four}$ we obtain the first boundary condition.

We will we considering a steel cable with mass density $\rho_\text{steel}=8030\text{ kg/m}^3$, as well as a DNA-molecule. To quickly change between these we create some functions that return the relevant parameters.

For the DNA molecule we will make the following assumptions: The molecule is bounded to a surface (e.g. gold) with a binding for each 5th nanometer (nm). Each binding can be approximated as an ideal spring with equilibrium length of 0.5 nm and spring constant of 0.1 N/m. The molecule has a approximate circular cross section of radius 1 nm. The molecule is typically negatively charged (in its 'natural enviroment'), with approximately two elementary charges on per 0.34 nm. Assume that this charge is uniformly distributed along the molecule. Moreover, assume that a given binding between the molecule and the surface can withstand approximately a 0.1 nm strech before is breaks.

By defining a vector

We thus need functions for creating the right hand side $\vec u$ and the matrix $A$ for a given $N$.

Let each hook (or chemical bond) have a given maximum pull it can withstand before it breaks. That is, we make the following assumption:

where $t_k$ is the breaking threshold for hook $k$. For simplicity, we will let each $t_k$ be a random number between 0 and a given maximum value $t_\text{max}$. This will give a uniform threshold distribution, but we could of course choose some other distribution (maybe a normal distribution would be the best choice?).

Imagine that the value of $\alpha$ is gradually increasing. Physically, this could be described by a cable with increasing weight due to rusting (or increasing electrical field in the case of the polymer). A more dramatic situation would correspond to a deluge system with hollow tubes whose weight increases as they are filled with water during the fire alarm! Nevertheless, with an increasingly heavier cable the hooks will begin to break. As soon as hook $k$ has broken, $\beta_k$ becomes zero. This changes our $A$ matrix, and we need to solve the matrix system again to find the correct $\vec x$, and thus $\eta(\xi)$. The following function will update our (sparse) $A$ matrix when a given hook is broken.

A small exercise: Break one or more of the hooks in the setup of the previous section and plot the corresponding $\eta(\xi)$.

The simplest way to perform the scheme mentioned above is to increase $\alpha$ step by step and see what happens to the cable and the hooks for each step. However, there is a smarter method: One can exploit the fact that the system is linear.

The right hand side of our matrix equation, $A\vec x = \vec u,$ can be written as $\alpha \vec u_\text{ref},$ where $\vec u_\text{ref}$ is some 'reference load' with $\alpha=1$ with corresponding solution $\vec x_\text{ref}$. This implies that $\vec x = \alpha \vec x_\text{ref}$. Assume that the next hook that breaks is $j$. This means that we evaluate the solution $\eqref{four}$ in the hook's position $\xi=j$ just before the hook breaks. From $\eqref{four}$ it is clear that $\eta_j(j) = d_j$. Moreover, this means that $d_j$ at this moment (just before the hook breaks) is equal to the negative threshold $-t_j$. The linearity in $\alpha$ described above implies that $d_j = \alpha d_\text{ref j}$, such that

for all hooks $k\in[0, N-1]$. Note that $r_k$ is essentially the ratio between the stretch and the threshold stretch. Thus, the hook that will break next is the hook with the largest $r_k$-value! $\beta_k$ is included in $r_k$ to ensure that we do not pick a hook that is already broken (remember that $\beta_k=0$ for a broken hook).

When we have identified which hook $j$ is going to break next, we can calculate the corresponding $\alpha$-value. By combining the two preceding equations we obtain

Let's summarize: We start with all the hooks intact. We find $k$ for the hook which breaks first and the corresponding $\alpha$-value. Call this $\alpha$ for $\alpha_1$. Now, set $\beta_k$ to zero and solve the matrix equation again. Repeat this to find the entire sequence $\alpha_n$, $1\leq n\leq N$.

This algorithm is implemented in the function below.

All that is left is to run the simulations above many times, average the results and plot the results. Let's create a main function to do this! The plots made are described in more detail below.

We will be simulating 100 hooks 1000 times for the steel cable. Try with the DNA and other parameters for yourselves!

In the first plot, the $\alpha$ (or equivalently, the mass density of the cable — or the electic field) needed to break the next hook is shown. In the second plot, one can see which hook number is being broken as a funciton of the number of fibers broken, for each of the simulations.

The results are as one could intuitively expect: In the beginning the breaking is quite random due to the fact that the thresholds are random. However, the force on the remaining hooks will increase both due to the increase in $\alpha$ and the decreasing number of hooks. Thus, after some time neighboring hooks will have larger probability to break. Moreover, at some point we will expect that the $\alpha$ needed to break the next hook is decreasing. That is, the maximum $\alpha$ corresponds to the $\alpha$-value needed to detach the cable from the roof!

Test the codes for different $\alpha$ and $\beta$ values.

The codes are based on a set of Python scripts originally developed by Håkon Tormodsen Nygård, later modified by Jonas Blomberg Ghini and are available at https://www.numfys.net/media/notebooks/files/FiberBundeModel_Code_170313.zip. The scripts also contain an interactive feature originally developed by Morten Vassvik. Check it out!